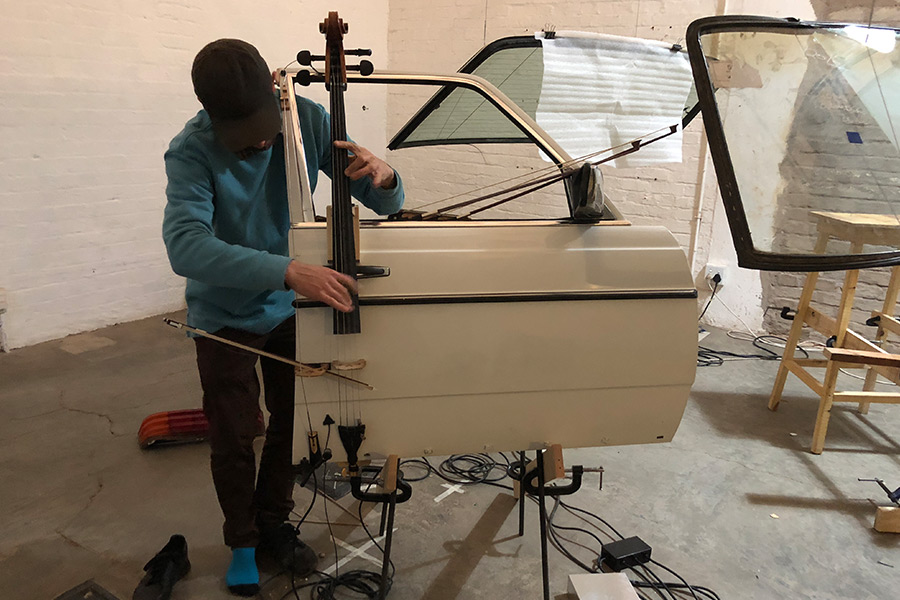 LoKO (the Laboratory of Kinetic Objects) is immersed in a busy cycle of making and thinking. We will be hosting the annual Jakes Gerwel Anniversary celebration at the CHR’s newly acquired building on Greatmore Street in Woodstock. While this has in the past been a memorial lecture, this year there will be a wide spectrum of events, engaging several of the artists who are either Mellon artists-in-residence or are Mellon Fellows. These include a puppet performance by uKwanda, our resident puppetry group; as well a music performances by Mellon funded music scholars, Rez Khota and Luis Giminez. In the coming three months uKwanda and colleagues will be engaged in the annual Barrydale Parade and Festival. This year the theme focuses on water, and the play will arise out of research on the river that runs through the village, which hosts an endemic and extremely endangered small fish, the red-fin minnow. The local community in Barrydale have chosen this small figure as a focus of their work, because of their identification with its precarious circumstances. uKwanda has begun the process of research, and we are this year having an additional dimension to the learning processes, because the Spier Arts Academy will be working with the community to install a mosaic in Barrydale, working with their artists in residence.

The director of the Mellon-funded artists-in-residence program, Itumeleng Wa-Lehulere, is currently in rehearsal in the Greatmore Building. He is making a new theatre production about the people of Marikana (Marikana is the site now notorious as a place of dreadful conflict – known as the “Marikana Massacre” – between miners, unions, industrial capital, and the post-Apartheid state in 2012.)

The Andrew W. Mellon Chair, Jane Taylor, is currently overseeing preparations for her curated Season 4, of the William Kentridge “Centre for the Less Good Idea” in Maboneng, Gauteng. The Season engages across media and modes, in an interrogation of the ‘formal’ conference’ in order to consider some of the questions around what a conference might be if the presentations were works of performance rather than lectures. One of the fellows at the CHR, Ilze Wolff, an architect, will be giving a lecture/performance on her work. There is a panel in which a ‘classical’ pianist (Jill Ricahards) and a jazz pianist (Kyle Shepherd) are playing back to back, in a dialogue between modes that will hopefully be aesthetically and intellectually provocative. There are several dance works, several staged explorations of the continuities between the lecture and the performance; and Kentridge will perform the Ursonata by Kurt Schwitters, a piece of absurd modernist writing.

A sampler for Season 4 of the Centre for the Less Good Idea, curated by the Chair, Professor Jane Taylor.