Kafka’s Ape in A KAFKA MOMENT 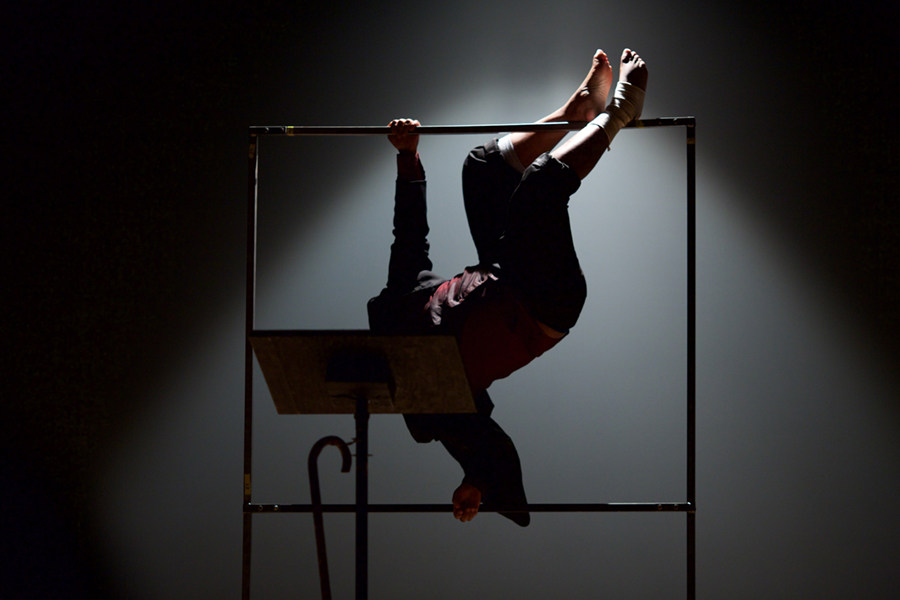 CHR Artist in Residence Tony Bonani Miyambo will be performing the award-winning Kafka’s Ape on 22 and 23 April 2021.

The play, directed by Phala O. Phala, is an adaptation of Franz Kafka’s “A Report to an Academy,” the story of ape Red Peter who escapes his cage by learning to imitate humanity. In Kafka’s Ape, set in post-apartheid South Africa, Phala and Miyambo highlight the complexities of identity in the twenty-first century and invite us to explore, through an animal’s gaze, the relationship between self and other.

The performance is part of a mini season of Franz Kafka works presented by The Centre for the Less Good Idea. Miyambo has received several accolades for Kafka’s Ape, including the 2017 NHISS Best Public Performance Award, the 2019 Best Satire Award at the United Solo Festival in New York, and the 2020 Graham F. Smith Peace Foundation Award at the Adelaide Fringe Festival, among others. Miyambo has toured Kafka’s Ape across South Africa and abroad.

The Centre for the Less Good Idea

CHR Artist in Residence Tony Miyambo is on tour performing Kafka’s Ape and The Cenotaph of Dan Wa Moriri.