The CHR congratulates Next Generation Scholar Lwando Scott on his recent publication “Inxeba (The Wound), Queerness and Xhosa Culture.”

This article focuses on the controversy caused by the release of the film Inxeba (The Wound). Inxeba depicts a complex intersection of rites of passage, masculinities, queerness and the relationships between men in a homosocial environment within a Xhosa cultural setting. I argue that the subject matter of same-sex intimacy in the film challenges dominant constructions of Xhosa masculinities by going to the foundation of dominant Xhosa masculinities, namely the male initiation process. The film poses a challenge to Xhosa culture by boldly asking: what is the position of Xhosa culture on same-sex intimacies? The film depicts same-sex intimacy that takes place in one of the most sacred of Xhosa cultural spaces. In the article, the film is analysed as a conversation initiator, through which ideas about same-sex desire, Xhosa culture and ultimately African sexuality can be scrutinised and debated. 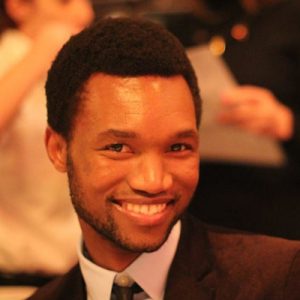 The South African Contemporary History and Humanities Seminar Presents: Materiality, Museums, and the Production of History

PAN: An Intellectual History of AI

Ian Baucom: History 4° Celsius: Search for a Method in the Age of the Anthropocene

TOMORROWVice-Chancellor and Rector of the University of the Western Cape, Prof. Tyrone Pretorius, has the pleasure of inviting you to a conversation with Prof. Ian Baucom on 12 April 2021.Prof. Baucom, the Buckner W. Clay Dean of the College and Graduate School of Arts & Sciences at the University of Virginia, will discuss his new book History 4° Celsius: Search for a Method in the Age of the Anthropocene.This event is presented in association with the Centre for Humanities Research (DSI-NRF Flagship on Critical Thought in African Humanities) and the DSI-NRF Centre of Excellence in Food Security, and is hosted by the International Relations Office (UWC).To Register: bit.ly/UWC-Ian-BaucomFor more information please visit our website: www.chrflagship.uwc.ac.za/ian-baucom-history-4-celsius-search-for-a-method-in-the-age-of-the-anth... ... See MoreSee Less

The CHR’s Professor Jane Taylor will be giving a talk tomorrow at 17:00 pm (GMT+2) titled: PAN - An Intellectual History of AI, as part of a series of seminars hosted by HUMA - Institute for Humanities in Africa.Register: bit.ly/PAN-HUMA ... See MoreSee Less

UPDATE: Today's 'Aesthetics and Politics: A Dialogue across Continents' webinar has been postponed due to unforeseen circumstances. ... See MoreSee Less