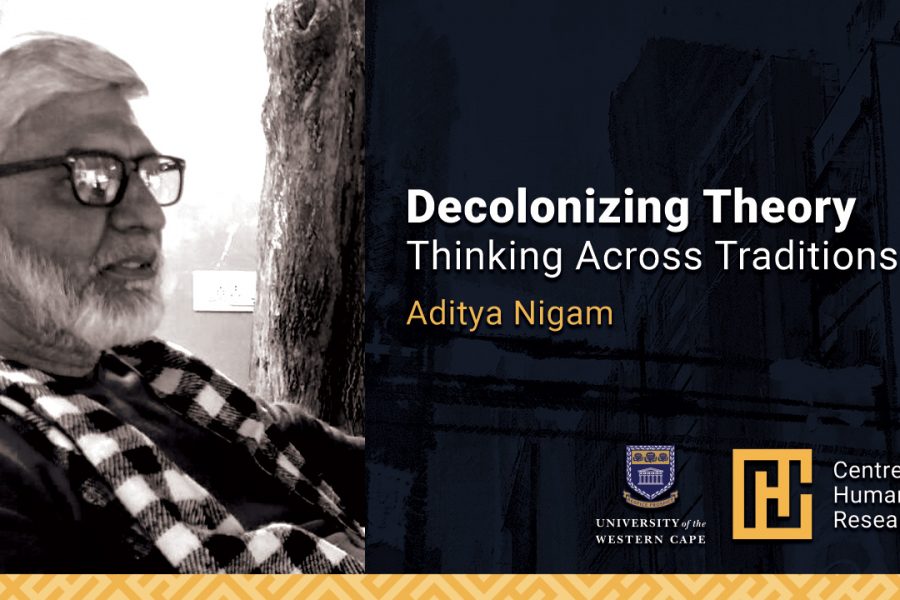 Aditya Nigam is a political theorist based at the Centre for the Study of Developing Societies, Delhi. His recent work has been concerned with the decolonization of social and political theory. He has earlier worked on ideological and discursive formations and their relationship to the constitution of political subjectivities.

In particular, his interest lies in theorizing the contemporary experience of politics, populism and democracy in the non-West – treating the non-West as the ground for ‘doing theory’, rather than a field for application or testing of standard frameworks derived from the Western experience.
A parallel and related part of Nigam’s work has been concerned with interrogating the received ‘philosophical history’ of capital, once again from the vantage point of the experiences of India and the non-West in general.

Aditya Nigam also works with the CSDS’s Indian Languages Programme and its Hindi journal Pratiman. He comments regularly on contemporary political issues on the blog, Kafila.online

He is the author of The Insurrection of Little Selves: The Crisis of Secular Nationalism in India (2006), Power and Contestation: India Since 1989, with Nivedita Menon (2007), After Utopia: Modernity, Socialism and the Postcolony (2010), and Desire Named Development (2011), Decolonizing Theory: Thinking Across Traditions (2020).

About the Other Universals Webinar Series

The Other Universals consortium is hosting a series of webinars. These talks draw on political and aesthetic traditions and movements of thought and practice. They examine radical traditions and ideas of expansive citizenship that have emerged in the colonial and postcolonial modern. Particular focus is on idioms of difference, which define insider and outsider, majority and minority, how these emerged, were negotiated and transcended.