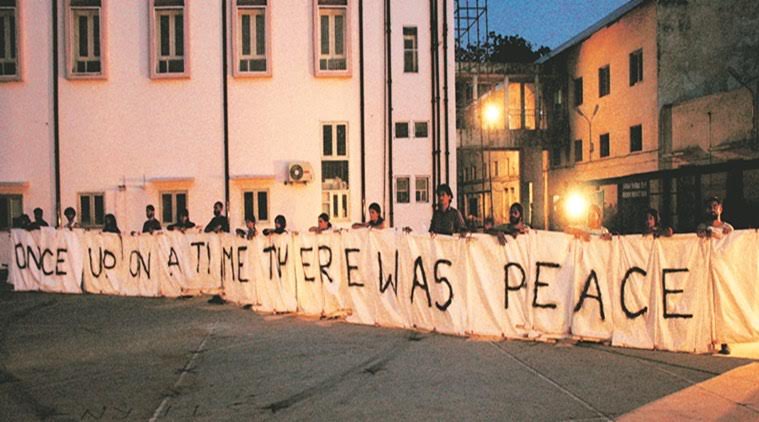 Reza Khota (Artist in Residence at the CHR) collaborated with students at Ambedkar University, Delhi on a theatre production titled Dark Things. Directed by Anuradha Kapur and Deepan Sivaraman as part of a musical theatre course offered to students at Ambedkar University, the performance draws attention to current issues surrounding migrancy, global capitalism, and technology. Based on a script for an oratorio by South African poet and academic Ari Sitas, Khota worked with South Indian composer Chandran Veyattummal to provide a soundscape which brought together the various Afro-Asian tonalities alongside the non-linear narrative of the production.

More About The Project

Images from the Performance