Charlotte Maxeke at the CHR: Boschendal puppetry workshops and exhibition 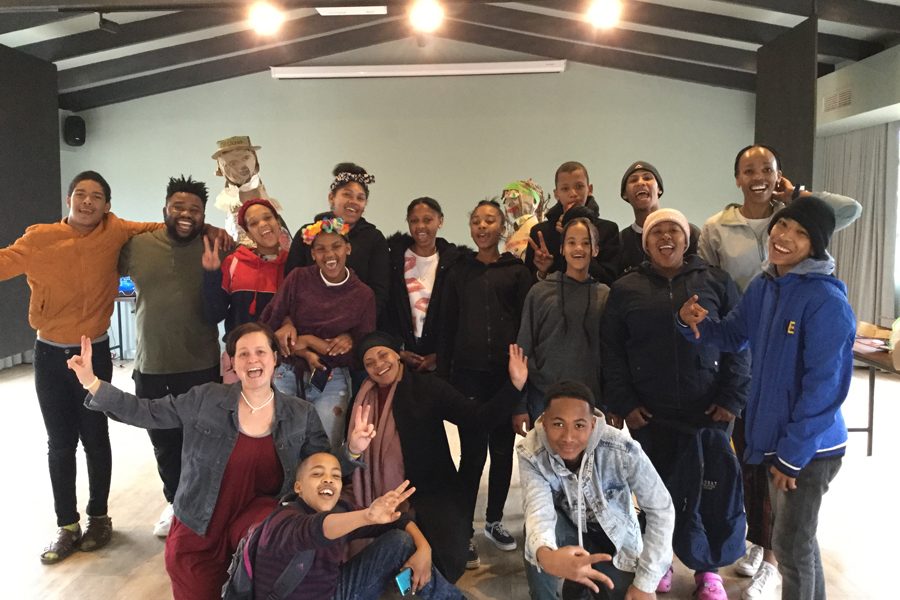 In September 2022, the CHR’s artists in residence Siphokazi Mpofu and Sipho Ngxola and LoKO convenor Aja Marneweck, ran a puppetry workshop based on stories of Charlotte Maxeke, with young scholars from the Pniel area, culminating in an exhibition held in Boschendal on 17th September.

In September 2022, CHR artists in residence Siphokazi Mpofu and Sipho Ngxola (of the Ukwanda Puppet Company) and LoKO convenor Aja Marneweck, ran a puppetry workshop over two weekends with young scholars from the Pniel area in Boschendal. Exploring the story of inspirational South African intellectual, Charlotte Maxeke, a group of fifteen Grade 9 scholars from Kylemore Secondary School engaged with the CHR artists around processes of puppet design and making at the Boschendal Excelsior Pre-School.

Head of education at Boschendal, Janet Baxter, explained: ‘Boschendal decided to have an alternate focus on culture and heritage this month. The decision was taken to offer various workshops to employees and families, the idea to ensure that this is not a once of event – but that we offer employees and children from Boschendal families the opportunity to visit art galleries, museums and the theatre, to broaden one’s views but also to uncover talent that is itching to get out’.

The children’s puppets then formed part of a hugely successful exhibition alongside photographs taken by children and members of their families and community through a photography workshop process with Hennie Rudman, which opened on Saturday, 17th September at the Retreat Reading Room, Boschendal.

Charlotte Maxeke’s extraordinary intellectual, feminist and activist legacies more than a century ago, have inspired Ukwanda and artists of the CHR to embark on a two year-long puppetry research performance project. Written by Buhle Ngaba and directed and workshopped by Itumeleng Wa Lehulere, Maxeke is due to run at the Star Theatre in February 2023.