Other Universals, is a supra-national project supported by the Andrew W. Mellon Foundation, over a five year period. The project creates a consortium of scholars across a number of universities, in South Africa (UWC, UCT, and Witwatersrand), East Africa (Makerere University), the Middle East ( American University of Beirut), Caribbean (University of West Indies: Cave Hill)and the West Africa University of Ghana-Legon. Whilst it brings together a range of institutions, at is core is the idea of creating a forum for a small number of scholars working at these universities and across these regions, to be in conversation around a common set of intellectual-political preoccupations. The idea is to create research hubs, who will meet annually, in either a colloquium or a small summer school; additionally, there is support for graduate student fellowships at the PhD level at the participating universities.

Other Universals seeks to contribute to the widening of circuits of knowledge production that often favor the Northern Hemisphere, toward a more equitable inclusion of thinkers based in, and thinking from postcolonial locations. It seeks to develop comparative scholarship on traditions of thought that speak to universal predicaments from historically specific locations. It will actively foster national and international networks to which such scholars can turn for intellectual support as well as other resources in the furthering of their research, teaching, and institution building. Whilst the content of the project is very open to what the interests of members of the consortium wish to investigate are, among the animating questions that it seeks to foster research on, are:

Through this consortium, Other Universals will also provide an infrastructure for co-creating curricula that participants can take home to their various institutions to assist in the restructuring of Masters and PhD programs.

For further information, contact the PI for the project: Suren Pillay at spillay@uwc.ac.za

READ THE INTERVIEW WITH DAVID SCOTT

Professor Denise Ferreira da Silva (The University of British Columbia) will be delivering a keynote address “Unpayable Debt” as part of the Other Universals Consortium’s 2022 public engagements on Theorizing Aesthetics and Politics from Postcolonial Locations. Date: Friday, May 20th. Time: 7 pm SAST

Keynote Address: A Prolegomenon towards ukuNqakula as an Aesthetic and Political Location

Professor Thembinkosi Goniwe will be delivering a keynote address “A prolegomenon towards ukuNqakula as an Aesthetic and Political Location” as part of the Other Universals Virtual Institute 2021 inquiry into Aesthetics and Politics on Tuesday, 23 November.

Keynote Address: The Conjuncture of 1956

Professor David Scott will be delivering a keynote address titled “The Conjecture of 1956” as part of the Other Universals Virtual Institute 2021 inquiry into The Question of the Political: Thinking Difference in the Aftermaths of the Colonial Political Economy.

Aesthetics and Politics: A Dialogue Across Continents

Join the CHR’s Heidi Grunebaum and members of the Other Universals Consortium Aaron Kamugisha (University of the West Indies), Victoria J. Collis-Buthelezi (University of Johannesburg), and Chika Mba (University of Ghana) for an online conversation with colleagues at the Centre for the Study of Developing Societies, Delhi.

Neither Settler Nor Native: The Making and Unmaking of Permanent Minorities

The Other Universals Consortium and CODESRIA invite you to a webinar with Professor Mahmood Mamdani about his new book Neither Settler Nor Native: The Making and Unmaking of Permanent Minorities.

The CHR congratulates Professor Elizabeth Giorgis on her latest book Modernist Art in Ethiopia achieving finalist status for both the ASA Book Prize (Herskovits) and the ASA Bethwell A. Ogot Prize.

The Other Universals Consortium Webinar Series

Worldmaking After Empire: The Rise and Fall of Self-Determination

The Other Universals consortium will be hosting a webinar with Adom Getachew.

In Search of Africa(s): Postcolonialism and the Universal

Professor David Scott is currently Extraordinary Professor in the CHR from 2019-2021.

Workshop: Migrants, Markets and the Modalities of Rule

The Migrating Violence Research Platform of the Centre for Humanities Research presents a workshop on Migrants, Markets and the Modalities of Rule.

Other Universals Public Lecture: “Sylvia Wynter’s Black Metamorphosis and the World We Live In”

Other Universals presents a public lecture by Dr. Aaron Kamugisha (Cultural Studies, University of the […]

Other Universals: thinking from the South on traditions of politics and aesthetics

Other Universals, is a supra-national project supported by the Andrew W. Mellon Foundation, over a five year period.
Do you like it?0
Read more

LoKO is a new initiative, funded in large measure by the Andrew W Mellon Foundation, that engages with the development of the Arts of movement.
Do you like it?0
Read more
Categories
Uncategorised 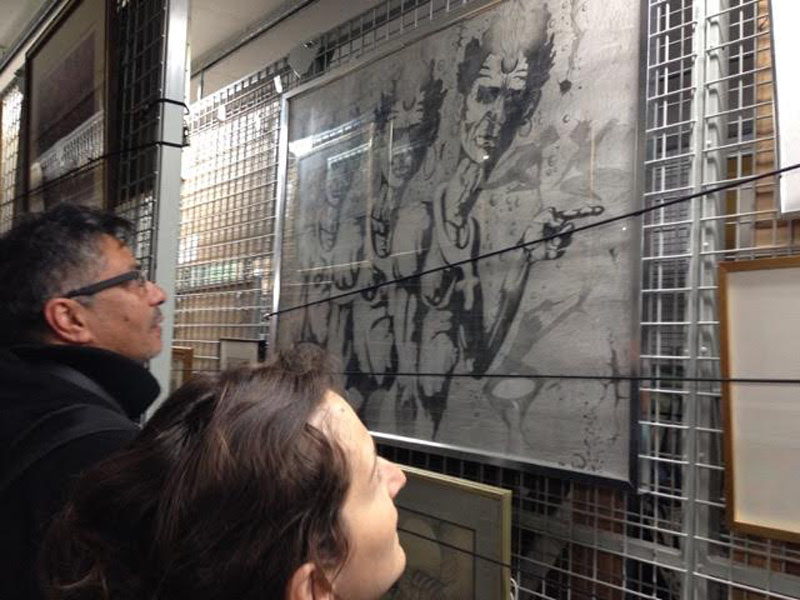 The CHR builds a humanities discourse that is responsive to nurturing a discourse on the concept of the post-apartheid, and explores the relationship between the human and technology in our contemporary world.
Do you like it?0
Read more