Join Prof. Patricia Hayes for “Photographs and the Long Inception of Colonialism in Southern Angola,” a lecture hosted by the Institute of the Humanities and Global Cultures (IHGC) at the University of Virginia. 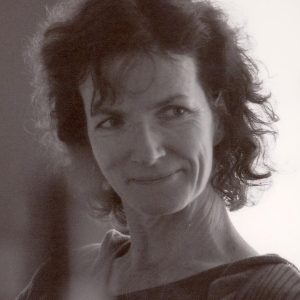 “Stealing Time” is an attempt to put the teleologies of colonization and progress on hold, to use the space-time compressions of photographs to pause and search for something else. It probes whether new modes of reading photographs might be able to connect us in unexpectedly rich ways with Africa’s more distant past. It explores the interpenetration of “sources” and the durability of things surfacing in photographs that come from more remote histories. Periods of early encounter and the initiation of colonial rule are obviously dense in this regard but tend to be treated as overwhelmingly colonial and going in a certain temporal direction, inevitably foreclosing other eras. The either/or terminology of historical periodization (precolonial/colonial) confines us to a linear conception of time that shuts down other possibilities.

This lecture will concentrate on two separate photographic images from the Cuvelai floodplain located in what is now southern Angola and northern Namibia. In the early twentieth century it was a contested region between Portugal, Germany, several sizeable African kingdoms and later during World War 1, South Africa. The first photograph originates from an album of the Portuguese officer Velloso de Castro who participated in the 1907 military campaign against Cuamato. The second photograph is one of several group portraits emanating from the first official South African tour to Ovamboland in 1915 led by Major Pritchard. Both these images operate as a kind of prism to think about what might have converged in these spaces at that time, and the possible genealogies behind them. Given the ‘micro-levels at which we encounter the past’ through photographs, as well as the foreshortening of history that occurs by not taking ‘the precolonial’ seriously, can such photos help us to think about time differently and expand our spatial sense of Africa’s deeper pasts?