The South African Contemporary History and Humanities Seminar invites you to a presentation by dancer and choreographer, theatre-maker and director, producer, and academic researcher, jackï job.

In creative response to socio-politically constructions of race from a South African perspective, this chapter examines a performance-making process and dance practice that conceptually re-imagines race as an evolving process extending beyond the human sphere. Jacques Derrida’s strategy of exposing multiple meanings beneath singular, fixed definitions, preface the analyses of two performance works, Daai za Lady and And Then.... Sara Ahmed’s notions of difference support the application of Butoh principles related to seeing, restraint, imbalance and unpredictability. Philosophies of phenomenology and ideas of decolonial aesthesis are drawn on to elucidate the psycho-physical underpinnings of an ongoing artistic practice that searches for alternative truths from an introspective, corporeal point of view. Overall, the chapter aims to destabilise formulaic constructions of performance aesthetics and stimulate a re-thinking of identity in ways that resist conventional moral codes and social norms.

jackï job is a dancer and choreographer, theatre-maker and director, producer, and academic researcher, specialising in Practice as Research and notions of Performance as Philosophy at the University of Cape Town, South Africa. Her predominantly independent career has been eclectic, ranging from experimental solo dance works, directing classical operas and theatre productions, to choreographing commercials and hosting television shows. Her oeuvre holds more than 70 original productions, as well as tours and collaborations with an array of eclectic artists and scholars, in Africa, Asia and Europe. She has been awarded with the David and Elaine Potter Fellowship, the Bunkacho Cultural Fellowship and the NRF Thuthuka Grant. The academic translations of her performance processes and philosophies have been published in peer-reviewed literature related to feminist discourse, soma-aesthetics, philosophy, theatre and butoh. The interdisciplinarity of her work has led to invitations as a keynote speaker at conferences relating to themes which include gender, sexuality and critical food studies. Her ongoing research is concerned with re-imagining the significance and perception of the body beyond its socio-political and humancentric constructions. She has a particular interest in the implications of power and presence in relation to what it means to be a person in flux. This aspect of her work looks at the embodiment of non-human subjects within the frameworks of indigenous knowledge systems, self-devised performance methodologies and butoh. As a performer she draws from the indigenous as a way to develop the avante-garde, focused on expanding the meaning of personhood and transformation in a post-apartheid South Africa. She currently serves as a Senior Lecturer in the Centre for Theatre, Dance & Performance Studies at the University of Cape Town.

A link to the paper is available on the registration page.

This seminar (number 557 of the series) is co-hosted by the Department of History at UWC and the Centre for Humanities Research. 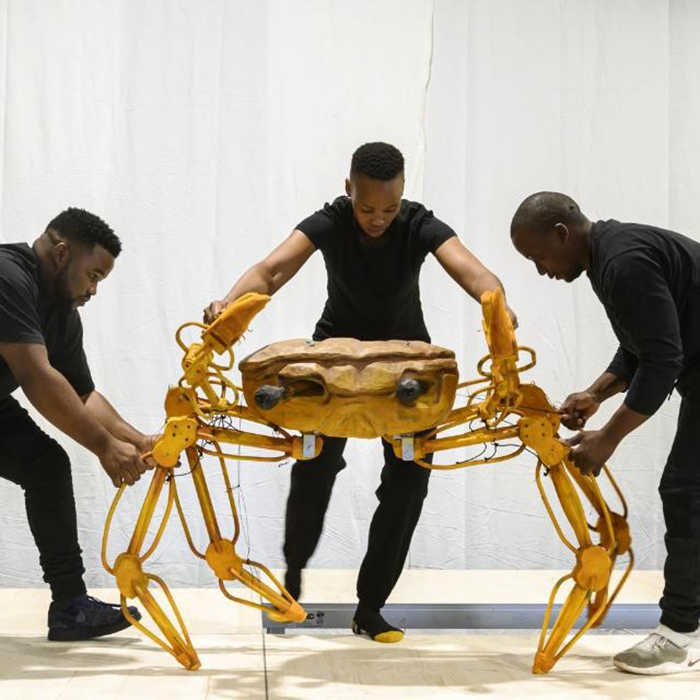