The CHR is very pleased to announce the publication of Love and Revolution in the Twentieth-Century Colonial and Postcolonial World (Palgrave Macmillan, 2021), edited by G. Arunima, Patricia Hayes, and Premesh Lalu.

A decade in the making, Love and Revolution arises from affinities, encounters, and workshops that located the Love and Revolution themes across plural settings with their own scholarly communities and critical concerns. The inaugural workshop hosted by the CHR in Cape Town in 2010 drew on diverse collaborations that brought together colleagues from the Middle East, South Asia and southern Africa, as well as scholars located elsewhere and working on these regions.

A second workshop at the University of Minnesota in 2011 on the theme of ‘Considering the Limits and Possibilities of Nationalist and Postcolonial Thinking’ ventured in several theoretical directions, especially in terms of neoliberalism and the revolutionary present in the Middle East. The Delhi workshop in 2012 had the rare felicity of clarifying a number of these questions and posing new ones, demonstrating the advantages of a cumulative process of workshopping a core set of issues over time and bringing together scholars in different spaces. A fourth and final workshop held in Cape Town in 2012 on ‘Affective Revolutions’ concluded the series. Only a fraction of the voices and conversations from the four workshops are represented in this book, but every chapter bears the imprint of many sustained critical and collective inputs.

The Andrew W. Mellon Foundation funded the partnership between the Centre for Humanities Research (CHR) at UWC, the University of Fort Hare, and the Interdisciplinary Center for the Study of Global Change (ICGC) at the University of Minnesota, all very active participants in the workshop series. The Delhi workshop received support from the Nehru Memorial Museum and Library (NMML). This workshop was held in collaboration with the Centre for Women’s Studies, Jawaharlal Nehru University, New Delhi. *

About Love and Revolution

This book addresses emancipatory narratives from two main sites in the colonial world, the Indian and southern African subcontinents. Exploring how love and revolution interrelate, this volume is unique in drawing on theories of affect to interrogate histories of the political, thus linking love and revolution together. The chapters engage with the affinities of those who live with their colonial pasts: crises of expectations, colonial national convulsions, memories of anti-colonial solidarity, even shared radical libraries. It calls attention to the specific and singular way in which notions of ‘love of the world’ were born in a precise moment of anti-colonial struggle: a love of the world for which one would offer one’s life, and for which there had been little precedent in the history of earlier revolutions. It thus offers new ways of understanding the shifts in global traditions of emancipation over two centuries.

G. Arunima is Professor in the Centre for Women’s Studies at Jawaharlal Nehru University, India. She has researched and published on both historical and modern contexts in India, focusing particularly on cultural, visual and material texts, and rethinking the politics of the contemporary.

Patricia Hayes is a National Research Foundation and South African Research Chair of Visual History and Theory at the Centre for Humanities Research at the University of the Western Cape, South Africa. She has published extensively on history and colonial and documentary photography in southern Africa.

Premesh Lalu is Convenor of the Communicating the Humanities project at the Centre for Humanities Research at the University of the Western Cape, South Africa. As one of the founding directors of the Centre for Humanities Research, he has raised the profile of the humanities both in the university and nationally. His publications address colonial archives, violence, and more recently, aesthetics and the technical becoming of the human.

*These paragraphs are abridged from the front matter to Love and Revolution. The full PDF can be downloaded from Palgrave Macmillan

Please join us for the launch on 25 November 2021 at 13:30 (SAST). The online event will feature a conversation with the editors, chaired by CHR Director Heidi Grunebaum. The editors will be joined by contributors Pedro Monaville and Mallarika Sinha Roy.

Pedro Monaville is Assistant Professor of history at New York University Abu Dhabi. His research interests include the history of decolonization, political imagination, youth movements, higher education, and state violence, as well as the study of memory work and postcolonial history writing. His current book project focuses on the role of student activism in the Democratic Republic of Congo.

Mallarika Sinha Roy is Assistant Professor at the Centre for Women’s Studies in Jawaharlal Nehru University, New Delhi. Her research monograph is titled Gender and Radical Politics in India: Magic Moments of Naxalbari (1967–1975) (London: Routledge, 2011) and she has coedited Displacement and Citizenship: Histories and Memories of Exclusion (Delhi: Tulika Books, 2020). Her research interests include social movement studies, ethnography and oral history, gender and political violence, gender and theatre, and history and politics of South Asia.

Keynote Address: A Prolegomenon towards ukuNqakula as an Aesthetic and Political Location

Curating in the Dark 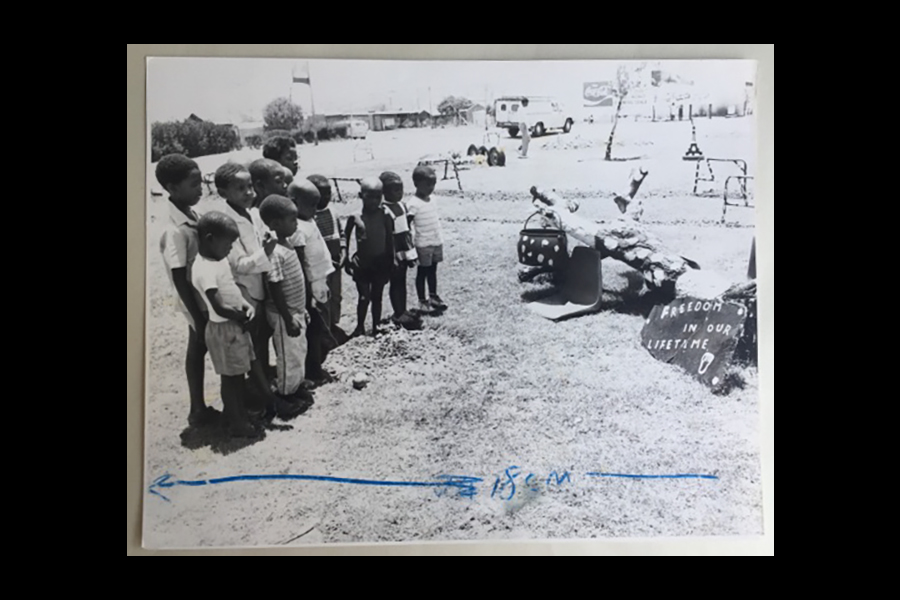 ACIP Call for Proposals to Organise a Workshop

Professor Thembinkosi Goniwe is delivering a keynote address “A prolegomenon towards ukuNqakula as an Aesthetic and Political Location” as part of the Other Universals Virtual Institute 2021 inquiry into Aesthetics and Politics on Tuesday, 23 November.The Other Universals Virtual Institute 2021 is spread across three weeks from November to December. The institute revolves around three key themes: The Question of the Political: Thinking Difference in the Aftermaths of the Colonial Political Economy, The Minority Question: Formations and Futures, and Aesthetics and Politics. Invited speakers and Other Universals Fellows are presenting at the Institute. ... See MoreSee Less

Please join us for the launch of 'Love and Revolution in the Twentieth-Century Colonial and Postcolonial World' on 25 November 2021 at 13:30 (SAST). This online event will feature a conversation with editors G. Arunima and the CHR's Patricia Hayes and Premesh Lalu, joined by contributors Pedro Monaville and Mallarika Sinha Roy. To register: bit.ly/Love-and-RevolutionChair: CHR Director Heidi GrunebaumFor more information about Love and Revolution, please visit:bit.ly/3CCZbTZThe University of the Western Cape#booklaunch #love #revolution #postcolonial #IamUWC ... See MoreSee Less

The CHR is very pleased to announce the publication of Love and Revolution in the Twentieth-Century Colonial and Postcolonial World (Palgrave Macmillan, 2021), edited by G. Arunima, Patricia Hayes, an...
View on Facebook
· Share

Professor Thembinkosi Goniwe will be delivering a keynote address as part of the Other Universals Virtual Institute 2021 inquiry into Aesthetics and Politics on Tuesday, 23 November at 3pm (South Africa).Please visit our website for more information and to register. www.chrflagship.uwc.ac.za/keynote-address-a-prolegomenon-towards-ukunqakula-as-an-aesthetic-and-p... ... See MoreSee Less

Keynote Address: A Prolegomenon towards ukuNqakula as an Aesthetic and Political Location - The Centre for Humanities Research

Professor Thembinkosi Goniwe will be delivering a keynote address “A prolegomenon towards ukuNqakula as an Aesthetic and Political Location” as part of the Other Universals Virtual Institute 2021 ...
View on Facebook
· Share