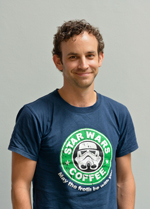 DST NRF Flagship Next Generation Researcher Dr. Maurits Van Bever Donker will be co-teaching a graduate seminar alongside Professor Cesare Casarino in the Comparative Literature and Cultural Studies Department at the University of Minnesota. The seminar, titled Global Apartheid: A Genealogy of Biopolitical Sovereignty, will run for the duration of the fall semester, and will examine the complex relations between sovereignty and biopolitics in modernity and by situating apartheid as central to the intersection of sovereignty and biopolitics. This doubly inflected paradox of the concept of “global apartheid” – apartheid as an instance of biopolitical sovereignty, as a name for one of its guiding mechanisms, but then at the same time, modernity itself as that which defines a problem and produces a concept in relation to that which, in turn, the itinerary of biopolitical sovereignty is placed into motion – will be the kernel on which this course revolves. In short, this course places on its horizon what Nahum Chandler phrases as “the resolution of the problem of being through the making categorical of difference”.