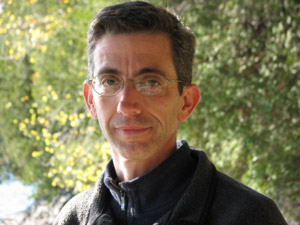 Jacob Tropp is Professor of History and John Spencer Professor of African Studies at Middlebury College, Vermont (USA).  He received his Ph.D. in African history in 2003 at the University of Minnesota, where he was also a MacArthur Scholar.  His research on social and environmental history in the Eastern Cape of South Africa was the basis of his book Natures of Colonial Change: Environmental Relations in the Making of the Transkei (Ohio University Press, New African Histories Series, 2006) as well as several articles published in African history journals.  He has been awarded fellowships and grants from the American Council of Learned Societies, the Rachel Carson Center in Munich, Germany, the American Philosophical Society, the Marion and Jasper Whiting Foundation, the Social Science Research Council, and the U.S. Department of Education’s Fulbright-Hays Seminars Abroad program.  His current book project – Native America, Foreign Encounters, and the Makings of Global Development – explores the unrecognized yet significant transnational connections between U.S. government programs on Native American reservations and Western development efforts abroad in the mid-20th century.