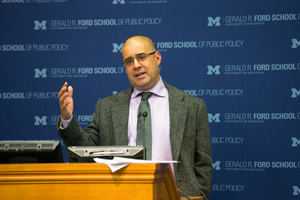 Alejandro Castillejo-Cuéllar is currently Associate Professor and Chair of the Department of Anthropology at the Universidad de los Andes (University of the Andes) in Bogotá, Colombia. He was a research fellow at the Institute of Advanced Study and Humboldt University in Berlin, Columbia University (New York), and at the Center for the Study of Ethno-political Conflict, University of Pennsylvania. At the CHR, Professor Castillejo-Cuéllar gave a seminar titled “After the traces of the body: violence, ethnography and the extra-judicial encounter in Colombia” (11 November 2014).Dr Sanil Viswanathan Nair (preferred: Sanil V.) is Professor of Philosophy at the Department of Humanities and Social Sciences, Indian Institute of Technology, New Delhi, India. He was a Charles Wallace Fellow at the Department of Philosophy, University of Liverpool, UK, and Directeur d’études Associés at Maison des sciences de l’homme, Paris. His research interests lie in Continental Philosophy, including Philosophical Aesthetics and Philosophy of Technology. He works on art and technology in Classical India, Asian Cinema and Indian Theatre. Besides publishing in English, Dr. Sanil writes in Malayalam on 19th- and 20th-century social movements and culture. He attended the 2014 CHR Winter School.