The Centre for Humanities Research and the Womens’ and Gender Studies Department at the University of the Western Cape welcomes Professor Paul Landau and Dr Emily Landau, who will be visiting scholars at the CHR for the month of August. 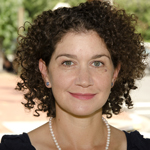 Dr Emily Landau is a scholar who works on race, class and gender in the southern United States, and her recent work looks at the history of prostitution in New Orleans. She is the author of a highly regarded monograph, Spectacular Wickedness: Sex, Race, and Memory in Storyville New Orleans (2013). Until recently, Dr. Landau taught in the Department of History at the University of Maryland at College Park, and currently teaches in the History department at St Albans School for Boys in Washington, DC. Dr Emily Landau will be teaching a mini-seminar on Race and Gender and delivering a public talk.

Professor Paul Landau is based in the History Department at the University of Maryland at College Park, and has published numerous articles and books on southern Africa’s history, including The Realm of the Word (1995) and Popular Politics in the History of South Africa, 1400 to 1948 (2010), both of which were finalists for the Herskovits Prize. His previous work has thrown light on literacy, religion and politics, and he is currently in the midst of drafting a manuscript about Nelson Mandela and revolutionary mobilization (1959-64).